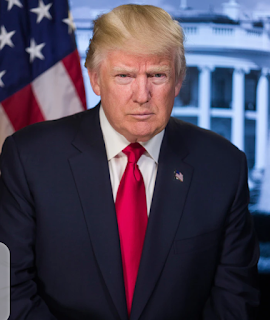 Donald John Trump is the 45th and current president of the United States. Before entering politics, he was a businessman and television personality. He once called CNN, ABC e.t.c  fake, he took to Twitter talking about the fake news he just heard on CNN.

"I hear that Fake News CNN just reported that I am isolated in the White House, wondering out loud, “when will life return to normal?” Does anybody really believe that? There was no leak, they made it up – they are CORRUPT & FAKE NEWS.... "

Popular posts from this blog

March 25, 2020
The United States of America Stimulus bill has been passed 96 - 0 votes Donald the 45th president of the United States took to Twitter congratulating Americans.

Trump - majority of news outlets foolishly plead to be correct

March 22, 2020
United States of America president Donald Trump has taken to Twitter saying, Fox, CNN, ABC, NBC, CBS e.t.c foolishly and desperately plead to be correct they are destroying themselves not him and all the have is total hatred against him.


I watch and listen to the Fake News, CNN, MSDNC, ABC, NBC, CBS, some of FOX (desperately & foolishly pleading to be politically correct), the

and all I see is hatred of me at any cost. Don’t they understand that they are destroying themselves

Chidera
Chidera is a teenager who is interested in post and reactions of public figure such as and I am willing to share the I got with anyone.